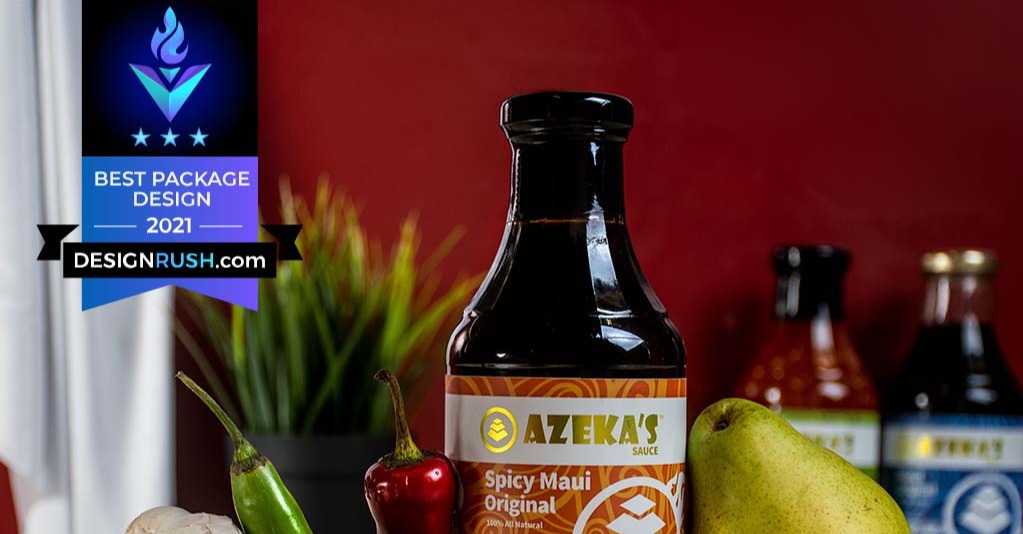 December 2, 2021 | SCI Creations is proud to be part of the "12 Best Packaging Designs That Are Unmissable On The Shelves" and featured on the DesignRush website. Many designs were entered but only 12 were selected as standout packaging designs. DesignRush had this to say about the Azeka's Sauce Packaging design:

"In this article, we list the best packaging designs that entice consumers, obliterate competition and conquer retail shelves.

"Azeka’s Sauce is a Hawaiian food brand with a longstanding tradition and reputation. Interestingly enough, it was a Kickstarter campaign that resuscitated this locally famous name. Their rebranding and package design efforts were aided by SCI Creations design agency that would emphasize the sauces' diverse applications in a variety of cuisines.

"As per the agency’s admission, the “goal was to create a cohesive brand that was united in its look and appearance.” This effectively translates into the same layout for each bottle with certain distinctive elements that stand out in order to show off the unique character of each flavor. On top of that, the agency also wanted to imprint a recognizable Hawaiian identity upon the packaging.

"From the very shape of the bottle featuring a distinguishing neckline to the color of each sauce giving the bottle its character, Azeka’s Sauce package design is much more than just a label – it is a synergy of the product, the shape of the container and the intricate design elements."

Branding for Azeka Sauce was developed by our lead designer, Hunter Wickersham. Hunter has been devoted to the brand since we started working with them in 2018. He's spent countless hours perfecting the sauce labels, digital content, and field material. We are thrilled to receive this award and look forward to designing more packaging and products. 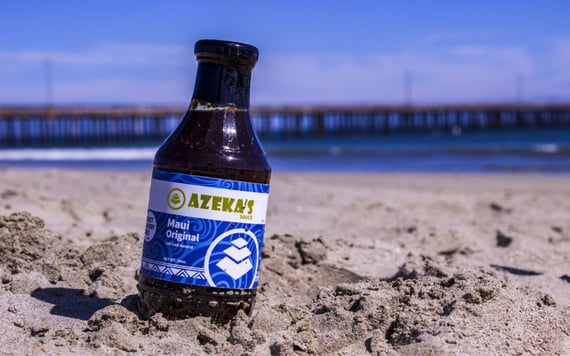 "It was a pleasure working with this company and creating a new image for a legacy that began in Maui. My goal was to create a cohesive brand that was united in its look and appearance."

Previous Why Businesses Should Take Advantage of using Rev-Ops